There’s nothing quite like waterfowl hunting with the Defender 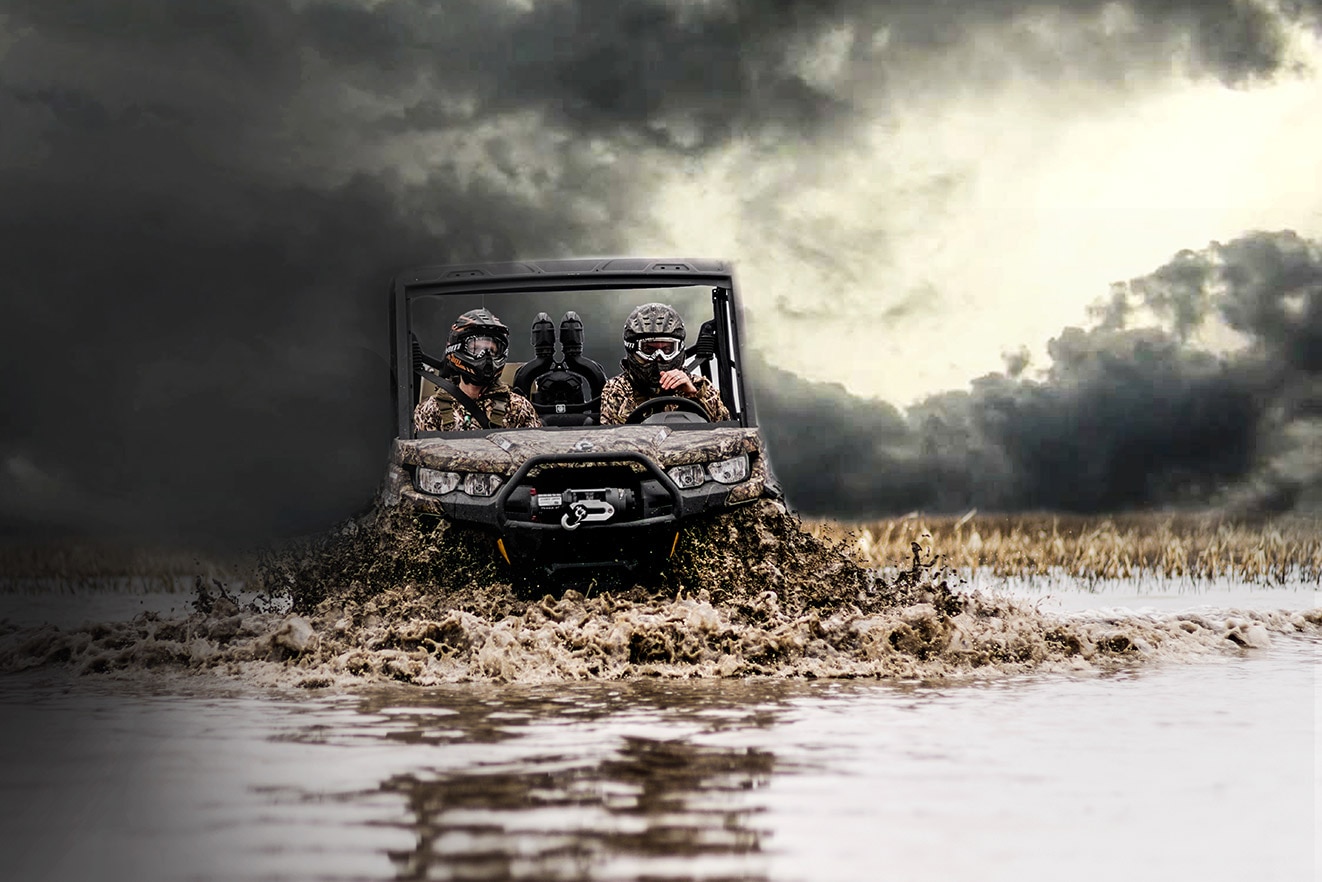 We’ve been out hunting with the Defender in Missouri, and have a few notes to share from our drivers who actually work with the Defender, so on this waterfowl hunt we took an XT HD10 to put it to the test in marshy conditions and asked for feedback.

“Traveling half a mile in and out, rolling the trailer through the field to set up without causing ruts or tearing stuff up,” said  Andrew Howard, remarking on the ease of getting out to and around the marshy area they were at in search of White Snow Geese. “More maneuverable than a truck [there],” he said. 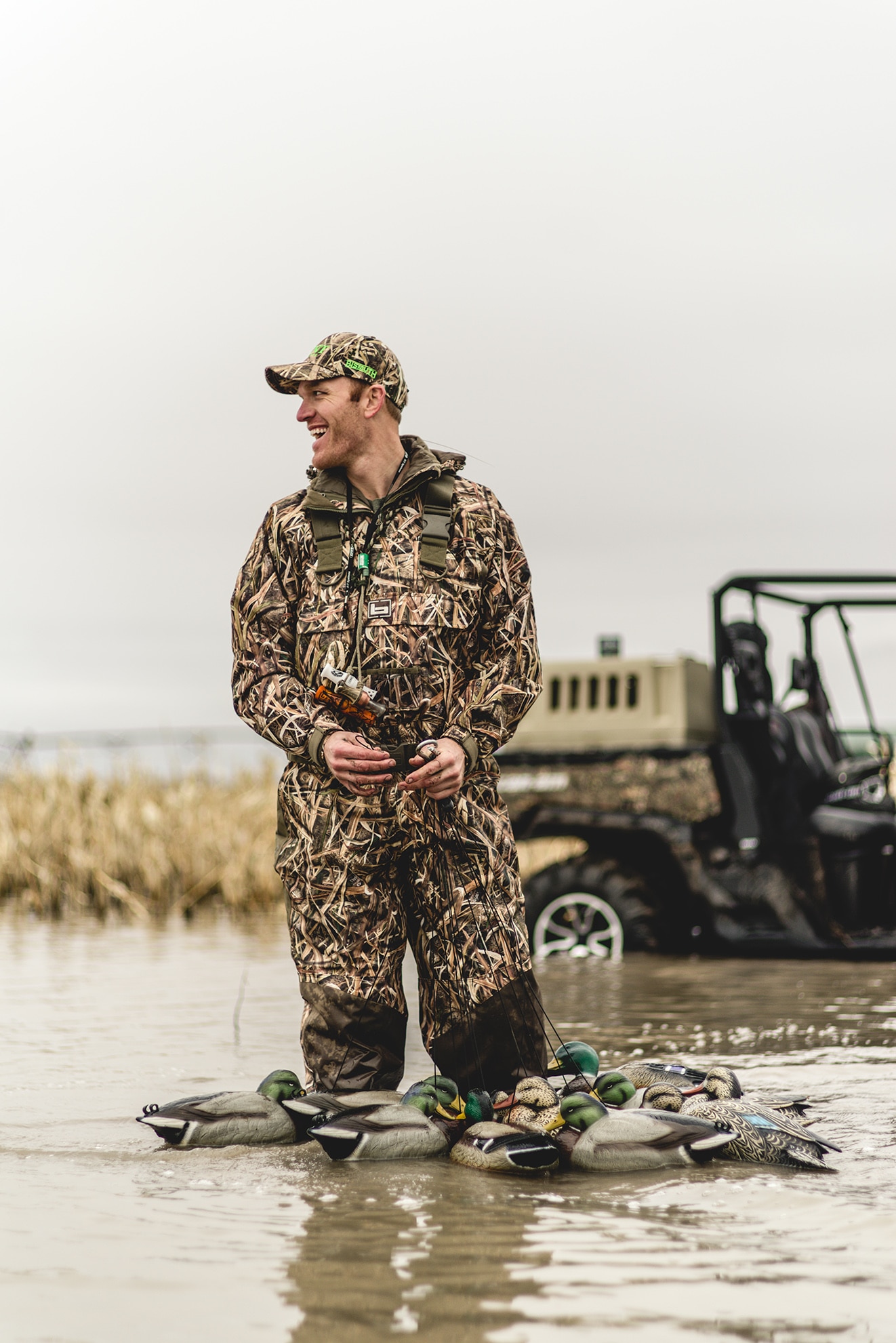 Andrew is an avid hunter, commercial photographer, and does PR for Can-Am—using our vehicles often for both professional outdoor photo shoots and personal rides. He’s spent time with everything in the lineup, and for this shoot he knew the Defender could get the job done with ability to spare. 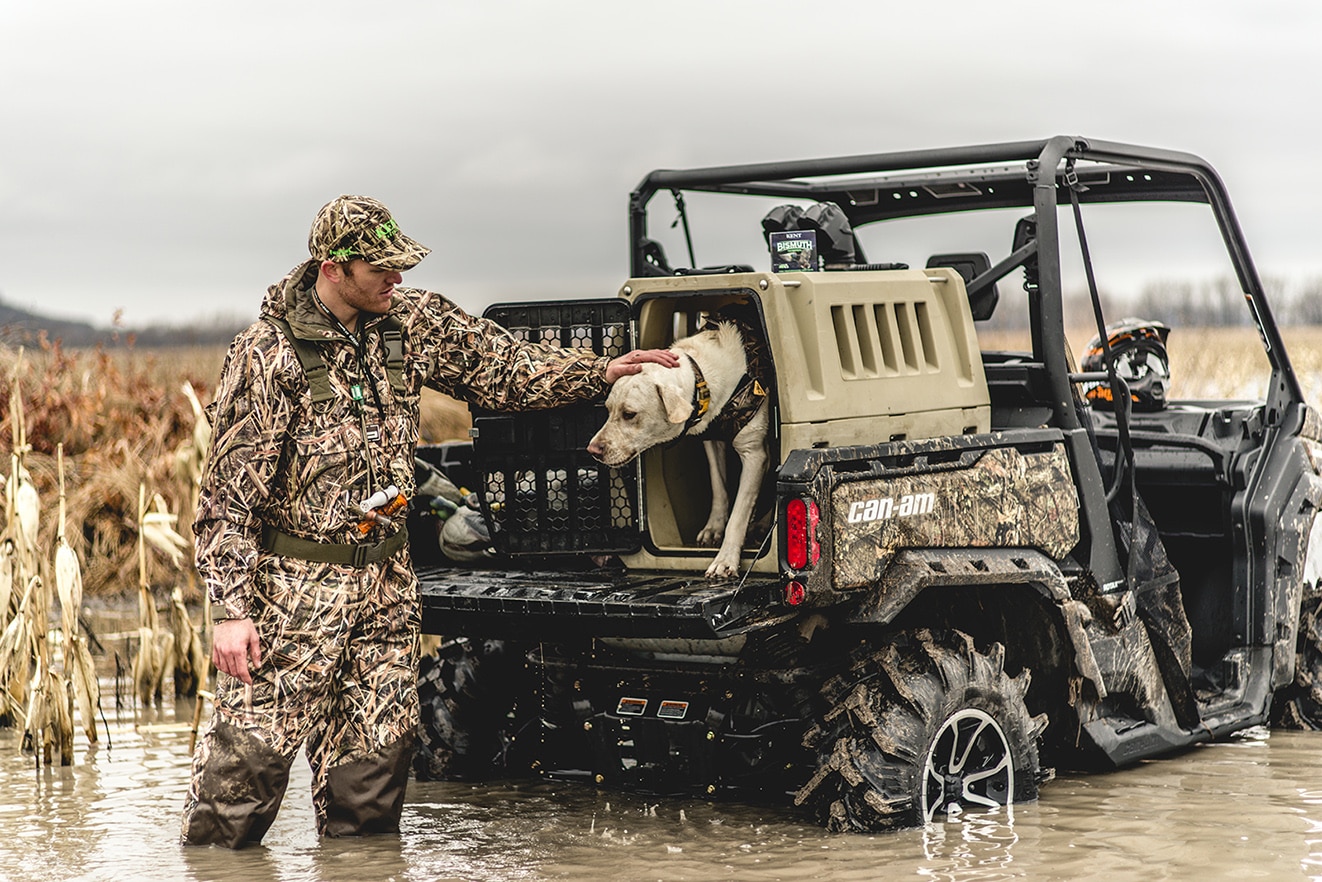 With decoys in the back and waders out, set-up went quickly—even the dog didn’t get too impatient waiting in his crate until the coast was clear. The rest of the gear was safely split between the Defender and road-worthy trailer brought along off-road.

At the end of the day, the Defender’s flexibility gave a lot of options for how to get home: load up the bed, tow a trailer, or a combination of the two? As Andrew noted, “It’s changeable to whatever season you’re in or whatever you’re doing with it—for hunting, you can view it as an essential tool”.

Where would you take it hunting? 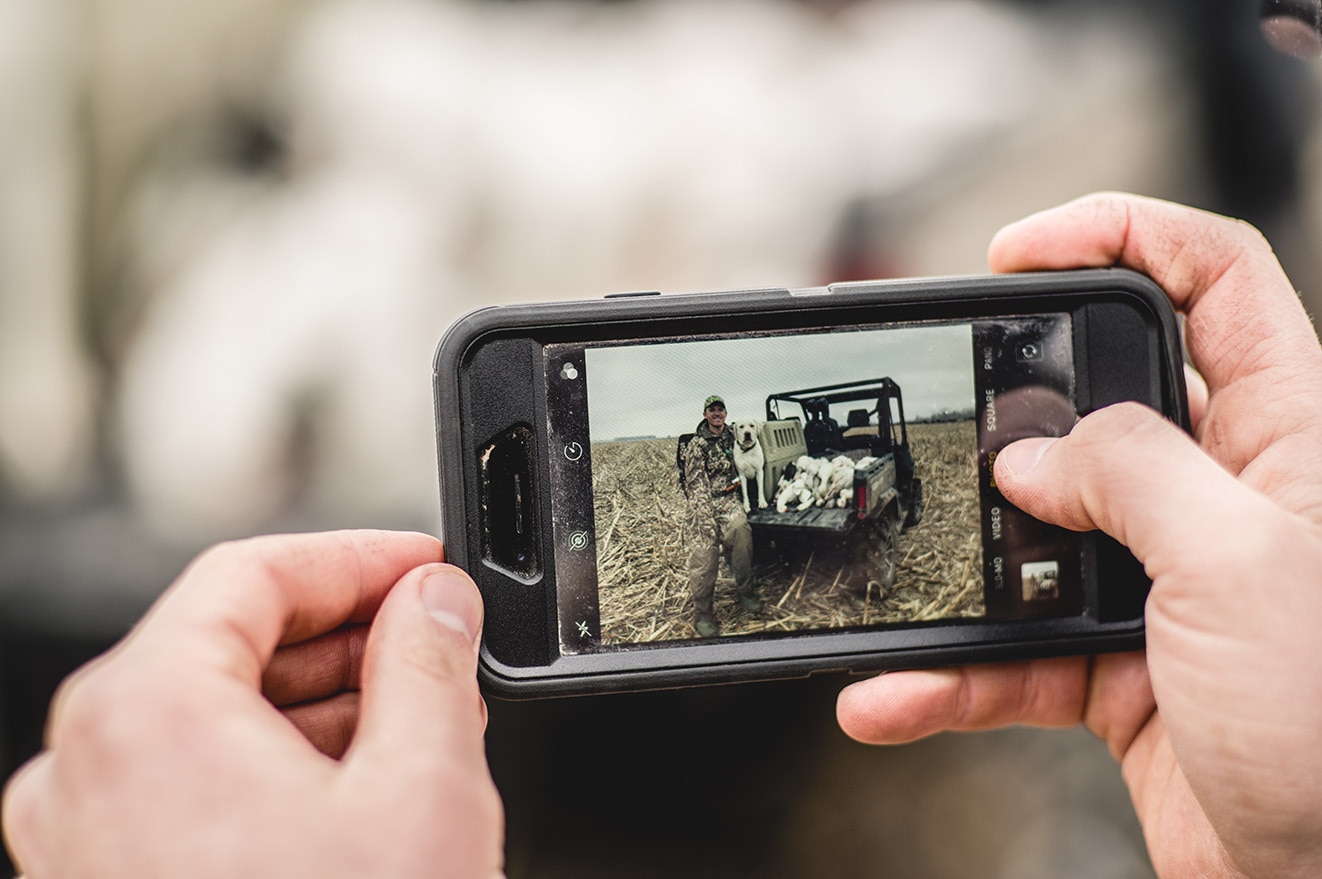