Living up to the Stuart family legacy

Clay Stuart Forst was all set.

After graduating with a master’s degree from Texas Christian University in 2009, he had no immediate plan to go back to Oklahoma and work at the family ranch. But recession changed Clay’s plan. “I needed a job,” he says. “Simple as that.”

His mother Tracy would give Clay a job—under one condition. He would come back to the ranch to start Stuart Ranch Outfitters. Oh, and he needed to turn a profit right away in year 1.

Clay made it happen. How? By leaning on everything his family taught him.

This family is made for ranching

Stuart Ranch has a storied tradition.

Since opening its doors in 1868, the ranch has been under the same ownership. Stuart Ranch CEO Tracy Stuart Forst and her two sons, Clay and Robert, are seventh generation Stuart family ranch owners. “We’re a family business,” Clay says, “and we wear this on our sleeves.”

Not only is Stuart Ranch the oldest Oklahoma ranch to have stayed under continuous family ownership, but in 2012 it became the first ranch to be inducted into the Oklahoma Quarter Horse Hall of Fame. There’s a reason for their success. “You don’t get to 150 years,” Clay says, “by doing what you’re not supposed to be doing.”

If the Stuarts have the hallmarks of a tight-knit family living in a small town, it’s because they are. “We’re about integrity, discipline, determination,” Clay says. He continues: “Our word is our bond. A handshake deal is enough.”

That’s all it takes when you live in a place where you’ve had the same hairdresser since you were 14 years old. He says that “it’s like a bigger version of a family.”

The Stuarts wouldn’t live anywhere else. It’s the perfect fit.


It’s all about the experience

Too stubborn to do anything else

It’s been challenging for the ranch to diversify and find ways to keep evolving—but they’ve met the challenge head-on. “Buckle down with what you have and survive,” Clay says of what they’ve done.

Stuart Ranch is built around four divisions: cattle, quarter horses, and beef, to go with the Outfitters that Clay looks after. According to him, it’s all about “taking risks to make the most of opportunities that are presented to us.”

Agriculture, he says, is built around tradition and embracing doing things the same way they’ve always been done. He explains that “tradition is there and should be valued, but don’t fall victim to it.”

The Stuarts cherish the Oklahoma land that’s been so kind to them. What does Livin’ The Land mean to his family? Clay answers with one word: “everything.”

Taking the proverbial bull by the horns

Clay says that there’s no better way to grow up than on a ranch, because you learn about having a good work ethic and manners. “The rest of life will take care of things,” Terry’s son says. That’s the way he was brought up and that’s the way he’s raising his own family.

He’s hopeful for the future. “We have nothing left to prove really,” he says, “beyond keeping the legacy going. But we don’t owe it to anyone beyond our own family. We owe it to ourselves to uphold our values and ideals.”

Living up to the Stuart family name is enough. Clay says that “there’s lots of family that would haunt me if we didn’t make it succeed.”

It’s said in jest, but maybe not completely.

Can-Am is a confidence booster

Another valuable tool in the tool box

Life at Stuart Ranch is demanding but Can-Am vehicles help a lot. Clay says that the Can-Am Defender is the perfect side-by-side for the ranch work they do every day.

Whether he’s driving clients around or looking after cattle, Clay has a laundry list of things he loves about the ride: the durability, comfort, big tires, CAB with extra storage, and ergonomics to name a few! The Can-Am Defender “makes life that much easier. It’s a very valuable tool,” Clay says.

It’s also a reliable one: Clay says that he’s yet to have any power drain issue with their rides. When the work day starts as early as it does for him, that’s priceless.

For those reasons, he calls the Can-Am Defender a true workhorse. You know what they say, right? It takes one to know one. 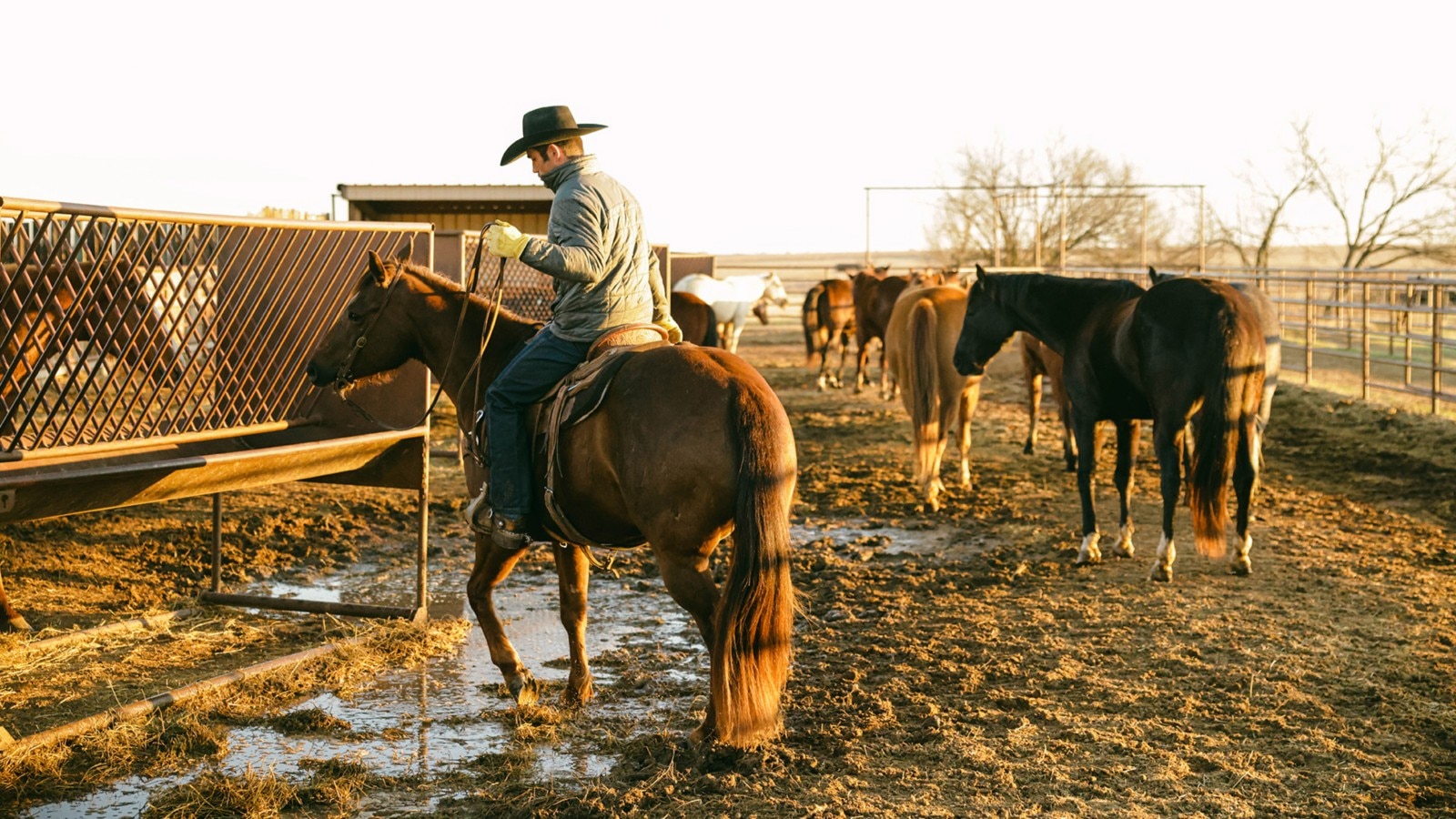 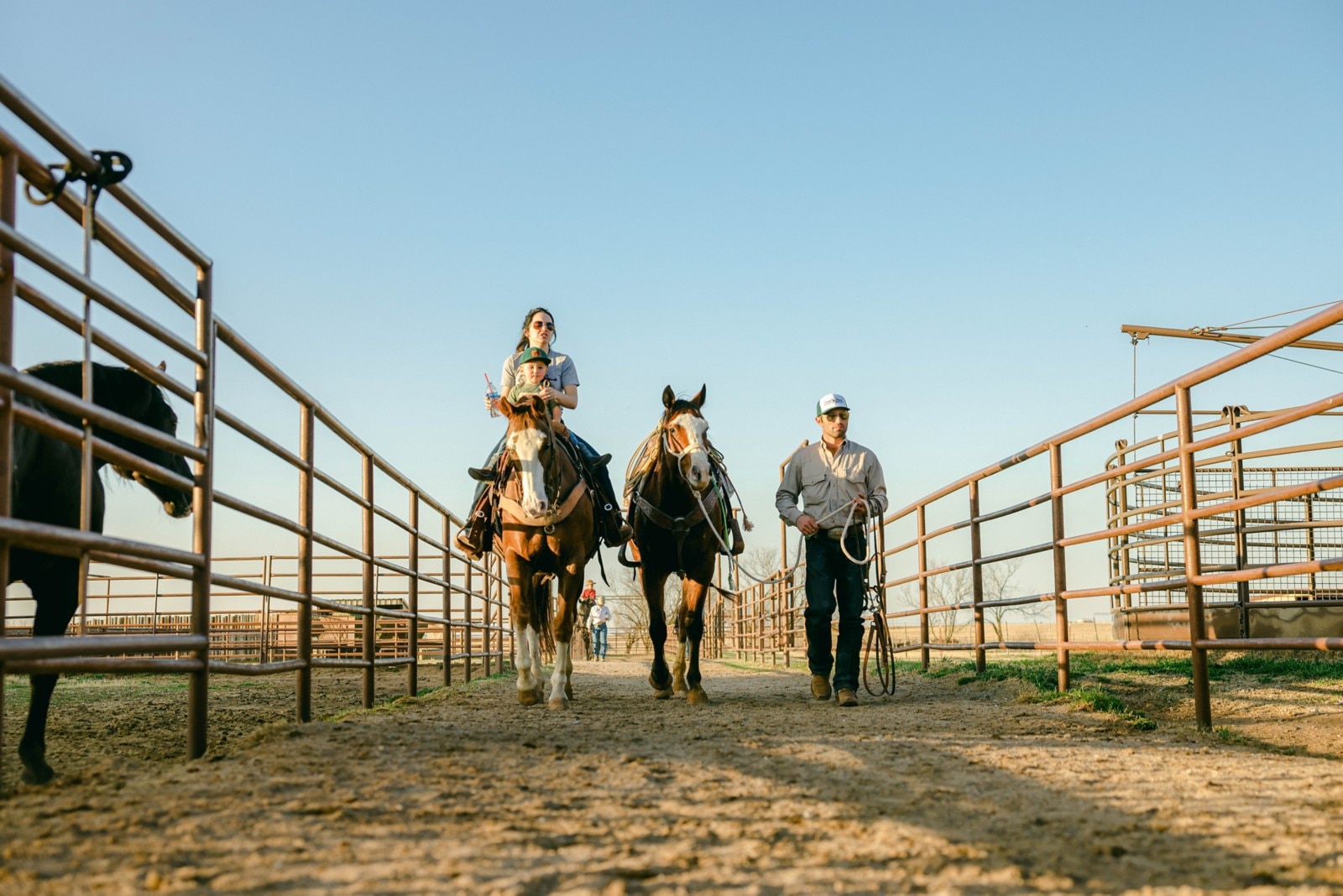 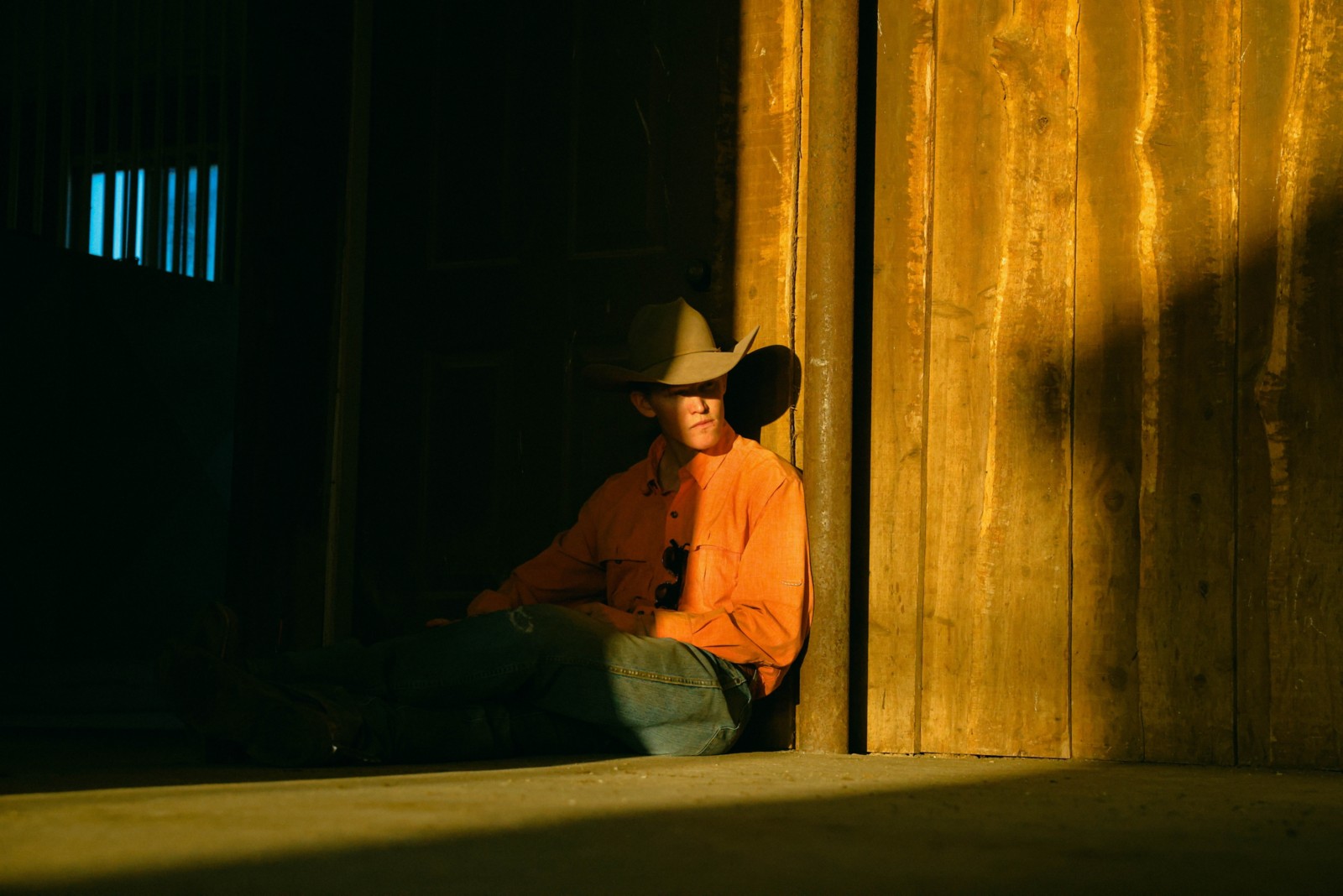 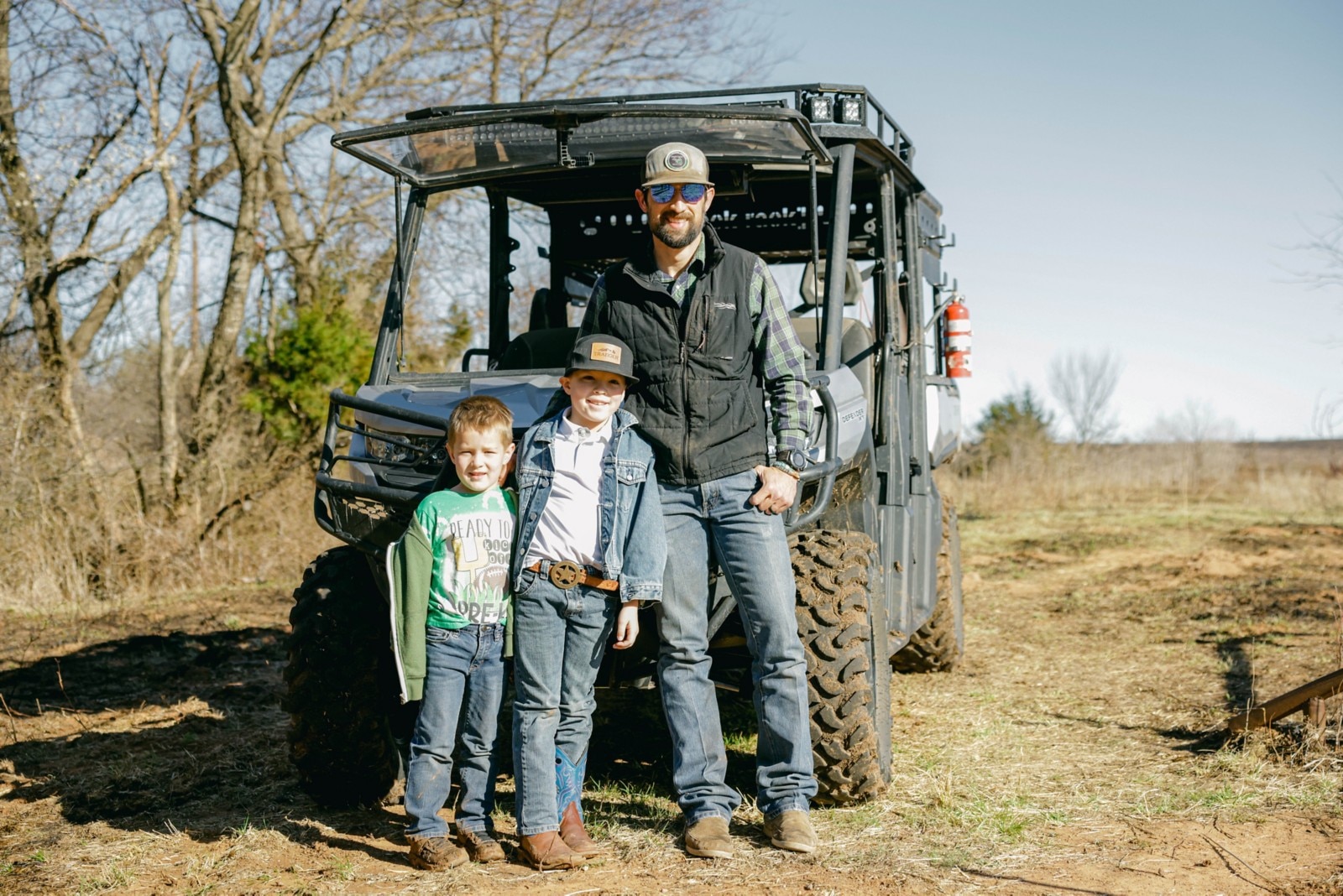 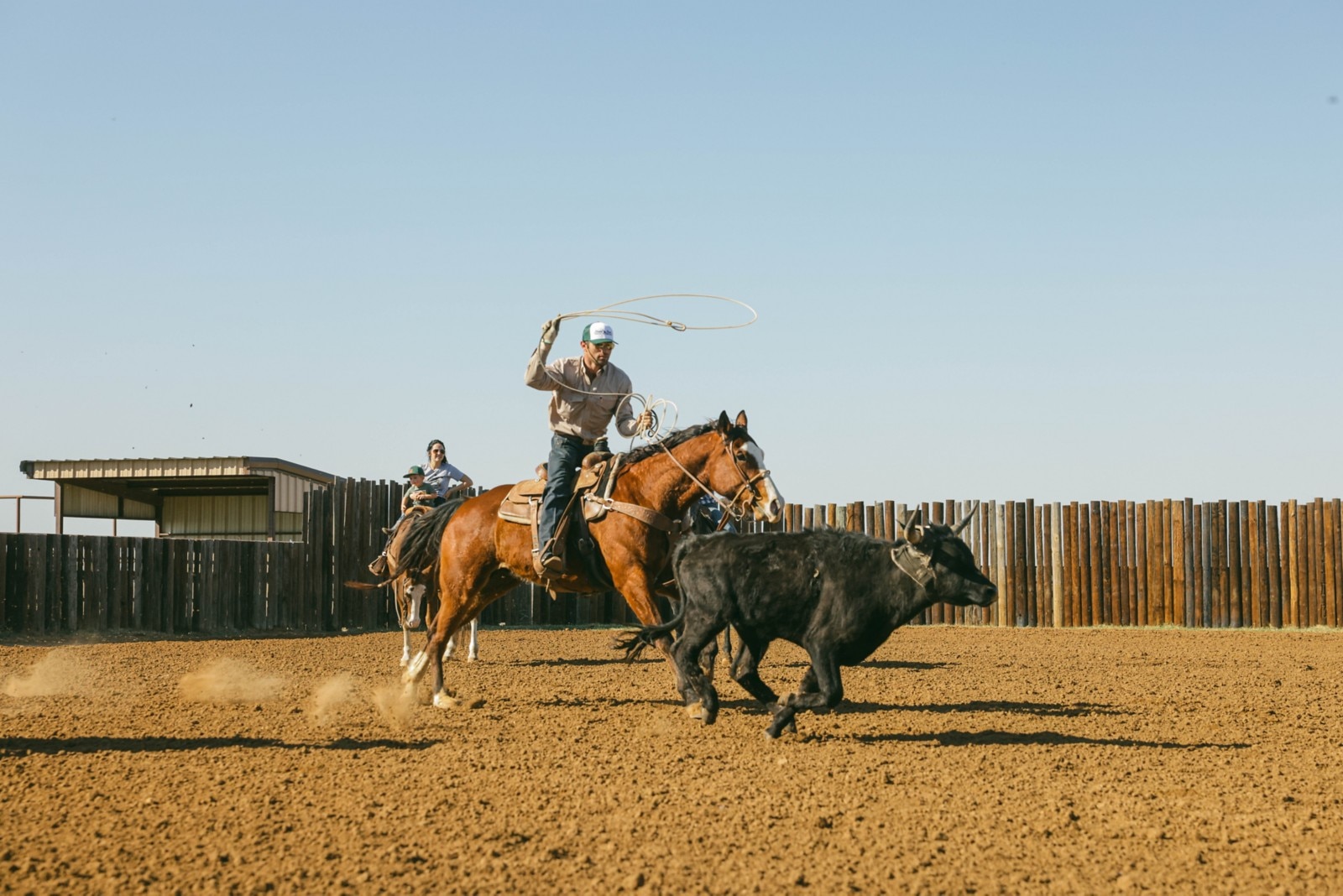