It’s a special time for us at BRP as we celebrate the 100,000th Can-Am Spyder unit to roll off the assembly line since it launched in 2008. The proud new owner of the vehicle – a 2015 Can-Am Spyder F3-S – is Brahm Wilson, a 35-year old firefighter from Springfield, MO. 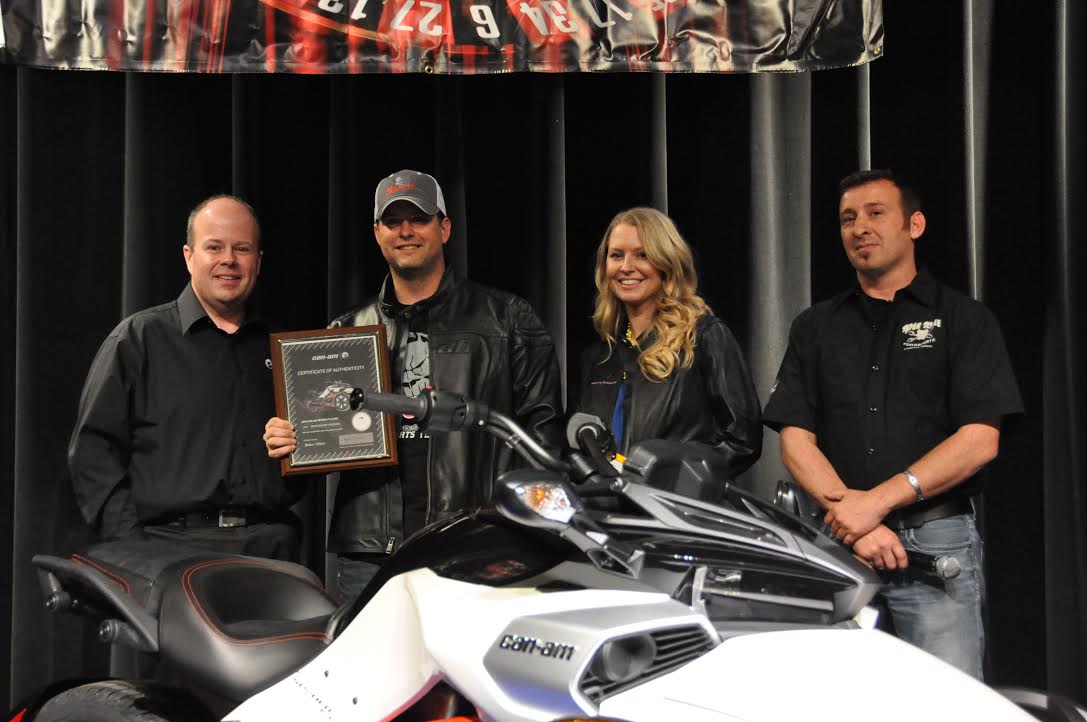 Brahm, who is among over 1,200 other Can-Am Spyder owners at SpyderFest 2015 in Springfield, MO, joins a growing global community of Can-Am Spyder owners. To officially welcome him, BRP and Pit Bull Powersports presented Brahm with his new ride at the SpyderFest banquet on April 30. José Boisjoli (President and CEO) and Denys Lapointe (Executive VP, Design and Innovation) autographed his new vehicle to commemorate this special milestone.

“I’m an ex-motorcyclist, returning to the sport after a few years and I have been admiring the Can-Am Spyder for a while now,” said Brahm. “With the introduction of the Spyder F3 this past year, I decided that was the one for me, and it ended up being the 100,000th Spyder to come off the assembly line. I couldn’t ask for anything more than to share this amazing experience with all of these other Can-Am Spyder owners at SpyderFest!”

“It has been a great ride with the Can-Am Spyder since we first unveiled it in 2007, to today, delivering the 100,000th unit,” said José Boisjoli, President and Chief Executive Officer, BRP. “The Spyder lineup delivers a thrilling ride experience with a feeling of complete freedom and confidence to owners, including those returning to open-air riding like Brahm Wilson.”

Are you a current Can-Am Spyder owner? Join us at our next owners’ events.

You don't own one yet? Check out the Can-Am Spyder Demo Tour on now and try it for yourself!

Make sure you stay up-to-date on all things Can-Am Spyder. Follow us on: