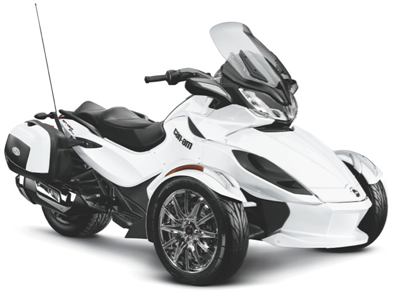 I was one of the lucky ones that got to ride the new Spyder ST and the improved Spyder RT before they were ready for primetime. The first ST I rode had all the new features, but it was disguised so it wasn't noticed as it went down the road. It was pretty cool to know that in a few months this was going to be a real product that would bridge the gap between the RS and the RT.

I've always liked the RS and to be honest it took some time for the RT to grow on me. I have to say I really like touring aspects of the RT, and it was hard to jump back on my RS without wind protection, comfortable riding position and the integrated sound system. I wanted the sporty feel of the RS with some of the comforts of the RT. When I found out that BRP was working on just such an animal, I knew needed one in my garage.

Before we got to ride these babies we saw what they would look like in its finished state and I was bursting with excitement. The front looked more custom than a RT or RS but if you had to say it was one or the other it was definitely more like an RT but sportier. The 15" front wheels and low profile tires gave it an aggressive look and also improved riding stability. Added to that they included larger rotor and much improved Brembo brakes, even though the later models already have great brakes.

The front suspension has been totally redesigned and that was one of the first things I noticed. They added better shocks and a sway bar, and they changed the geometry of the suspension. Right now I have the best aftermarket suspension money can buy and it made my Spyder feel like a dump truck.  These updates are for all Spyder models. When I took my test ride all I wanted to do was go fast and stop, go fast and stop. I've never owned or ridden in anything that stopped as good as the new roadsters do. 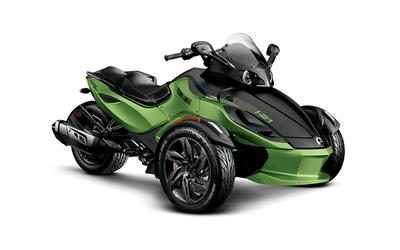 The ST has an adjustable windshield that lifts up and slides into place and locks. It was a very cold day when we did our testing and we had an RS, RT and a ST. We got to ride all the models including the SM and SE and could compare them to each other. I gave the ST high marks for wind protection, not as well as the RT, but real close. I really liked it. The RS pretty much had zero wind protection and nobody wanted to ride it on that cold day.

At that time they were still dialing things in and made some changes for the better. I think they did a great job on the finish product of the ST and I love the improvements on the RT and RS, mostly the handling and braking. 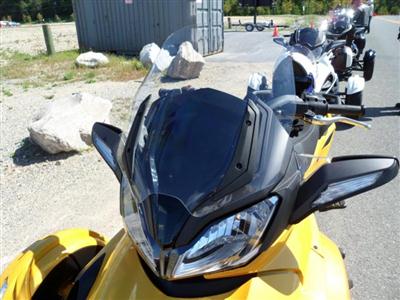