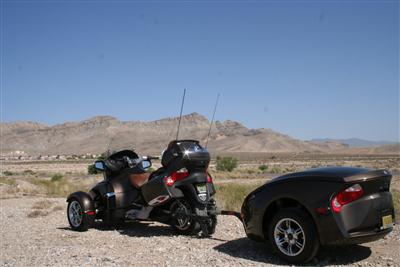 On the road last year with the RT

My wife and I have been campaigning the Spyder RT around the country since October of 2009, when we were aboard one of the first RT prototypes (serial no. 0003). Each summer since then, we have taken a new model RT on a cross-country tour, visiting dealerships, Spyder owner groups, and various rallies and other events. Each year has seen us on a more ambitious program than that of the previous year, but I was certain that last year was the Ultimate Tour, encompassing six events in eight weeks, and riding a bit more than 10,000 miles.

But I was wrong.

Today I am announcing that we will depart our home in Southern California on May 23, to ride approximately 12,000 miles across 24 states in 12 weeks, stopping at 11 riding events along the way. Our ride will be the all-new 2013 Spyder RT-LE, in Black Currant, with matching RT-622 trailer. Though we plan on making many smaller stops to meet-and-greet other Spyder enthusiasts along the route, our main stopping points will be as follows:

Annual Beemer Bash in the Sierras

If the events, timing and mileage don’t add up to you, that’s because there will be a short, two-day stop at home before the next-to-last rally, and then a whole two weeks at home before the very last. I didn't count the stops at home into the total days on the road.

Naturally, we will be posting to the Spyder Facebook page along the way with photos and videos, and updates on routing and travel plans. We have high hopes of meeting a lot of Spyder riders along the way, as we have done in years past, so if you are in the area of one of these events, or just somewhere close along our route, feel free to contact us about meeting up. We love to make lunch or dinner stops to make new friends! 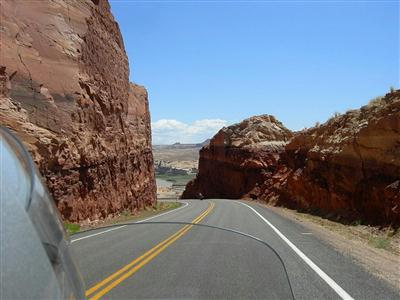