I've been all over North America on my Can-Am® Spyder™ roadsters, and one thing that comes up all the time is this comment: "When I get so I can't hold up a bike anymore, I'll be looking real hard at one of those,” or "When I get older, I plan on getting one of those, but not yet." If they stick around long enough to listen to my argument for getting one now, this is what I normally say.

The main reason folks say this is because there is something special about riding on two wheels rather than three. I get that – and I agree with them – but would you wait to ride an ATV until you got older or couldn't hold up a dirt bike any longer? To me, it's the same thing. I like things that are fun, and that's why I ride them; not because I'm limited to something I don't have to hold up. I'll say this, I've been riding and racing dirt bikes most of my life, and to me it takes more skill to ride a 4-wheeler fast than to ride a dirt bike. I get worn out a lot sooner on my four-wheeler than I do on a dirt bike, but they are both a blast to ride. 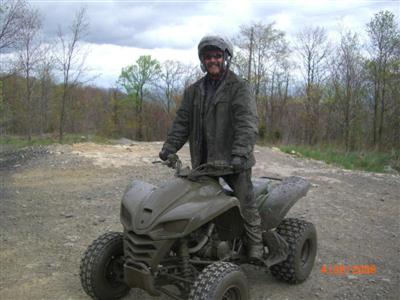 I'm not saying this to brag, but I've had more horsepower between my legs on two wheels than most hot rodders have had in their cars. I owned a Boss Hoss for five years before getting my first Spyder. The Boss Hoss had just shy of 400hp, and it weighed in at close to 1200 lbs on two wheels. I had no problem holding that up, nor did I have trouble holding up some of the 500-600hp big blocks my buddies let me ride. So for me it's not about what I can hold up or that I want something slower because it's safer. 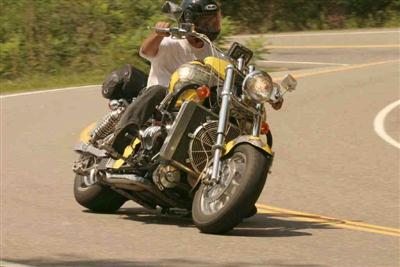 My Boss Hoss on Deals Gap. I put over 30,000 miles on that bike and loved it. It was sold soon after getting the Spyder in 2007 because I just didn't ride it anymore.

The Spyder has held my attention for the last five years because it's so different. It's just flat-out fun to ride. It's the slowest vehicle I've owned, but I have to say, it's more fun than anything else I've ever owned. Just because it's not the fastest toy on the planet doesn't mean it can't be one of the most fun things on the planet. Just like a four-wheeler can be more fun in some ways than a dirt bike, a Spyder can be more fun than a two-wheeler. In a perfect world, you could have both like I do. But I've found myself grabbing the keys to my Spyder before my two-wheeler for the last three or four years now. It’s gotten to the point where I need to go through my bike and get it running again because it just hasn't received the same amount of love as the Spyder. 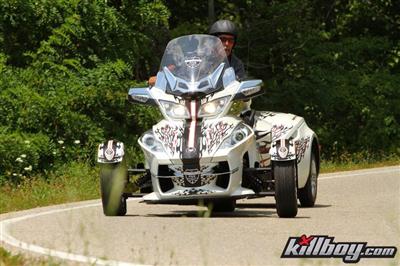 “The Spyder has held my attention for the last five years because it's so different. It's just flat-out fun to ride.”

So all you folks out there that are waiting until you're old or can't hold up a two-wheeler anymore, you're really missing out on a great time not riding a Spyder now, while you can still ride both. You may be like me – parking the bike and grabbing the Spyder when that perfect or not-so-perfect day for a ride comes up. 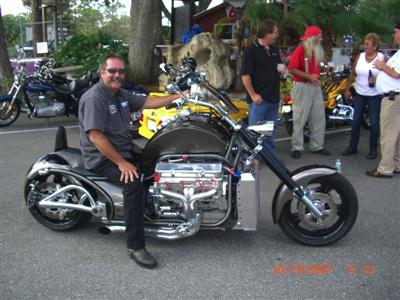 This was the first prototype Vanquish my friend Mike Kelly built. He threw me the keys and said to have fun. And I did. This bike has over 550hp. 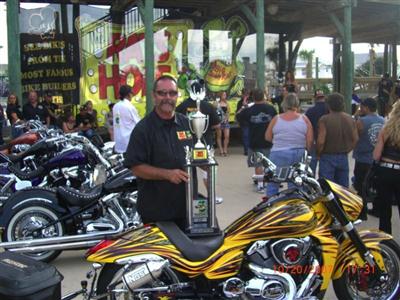 I still have my M109R, but I need to go through it. I haven't ridden it in awhile. Still love this bike and always will.

So as you can see, I love two wheels just as much as the next guy, but the Spyder bit me back in 2007. And I have yet to get over it.