Back to Can-Am Community

Aaron Skykes - No Room for Failure

Aaron Sykes combined his skills with the ideal off-road tools for a firefighting match made in heaven.

When the biggest forest fire in California’s history hit his town, volunteer firefighter and pro off-roader Aaron Sykes discovered he had the skills, and the perfect tool in a Can-Am Defender, to make a difference and help save his community. And after three weeks and 425 miles of treacherous terrain, scorching heat, and suffocating air, Aaron was astounded to see his Can-Am ready for more.

We’re always grateful when Can-Am riders share stories of their vehicles, but not nearly as grateful as the community that counts Aaron Sykes as one of its members.

A call to action

When he bought his Can-Am Defender HD10, Aaron Sykes parked it at his cabin high in the mountains above Lake Pillsbury in northern California. He said it was the perfect choice for getting around the steep, rugged terrain of the Coastal Mountain Range where he lives in Mendocino National Forest. “When we got the six-seater UTV, it was mostly for friends and family to play in the snow,” he remembers. Little did he know, it would end up seeing a lot more action than that.

Lake Pillsbury is a sleepy community with fewer than 300 inhabitants, but when the August Complex fire began growing in the summer of 2020, over a thousand firefighters arrived to fight what would grow to become the biggest fire in California’s history.

A volunteer firefighter himself, Aaron also leaped into action, and when the National Forestry Service realized their trucks and vehicles were no match for steep, rocky coastal mountain roads, they knew Aaron and his side-by-side Can-Am Defender would be an asset. As the fire drew closer, his volunteer fire department was tasked with providing local knowledge to help authorities get familiar with the area and how best to protect it.

Able to go where no one else could

"From day one, they took interest,” Aaron says. “What would be better for driving around fire roads than my Defender?” And so he and his Can-Am became a key logistical resource in his area.

Aside from mapping the entire Lake Pillsbury basin, Aaron began running supplies up dozer lines—precipitously steep and rough trails created by firefighting bulldozers—where trucks didn’t stand a chance. “I toured the incident commanders around on the dozer lines so they could see first-hand what had been accomplished and what still needed to be done, something they generally don’t get to see due to trucks not being able to make it,” he remembers.

The toughest of the tough

Day after day, Aaron packed his Defender with firefighters, hoses, and gear, running them between the camps and the frontlines of the fire, saving them hours of hiking. Many of those firefighters were relieved to find out Aaron also happens to be a national championship-winning rock crawler and off-roader, having raced famously gruelling competitions such as the Baja and King of the Hammers.

“I was regularly taking on trails that were so sketchy and steep, and I noticed a lot of white knuckles in the Defender. I saw the whites of a lot of firefighter eyes,” he says with a hint of mischief, “and these guys are the toughest of the tough.”

In times when he couldn’t drive, Aaron mentions that while some crews were initially uncomfortable driving the Defender because they had never driven an SxS in their life, it was easy to reassure people and show them the basics to make them comfortable.

Failure never on the horizon

Three weeks and 425 miles later, Aaron and his Defender had helped to subdue the colossus of a fire, helping to save lives and property in his community. “It is safe to say my Can-Am was the go-to for the USFS to get stuff done quick, and it took a beating and didn’t let me down. The terrain I was able to climb, descend, and side-hill in the HD10 with the loads I had was impressive, well past what I know is recommended or expected. It was a nice feeling being comfortable pushing a machine that far past what it is intended for and knowing that it will get me out and back to safety when needed.”

The pro off-roader is still in awe of his trusty tool, saying, “I expected a failure, and it never came.”

In fact, when the smoke cleared and Aaron had a chance to take his Defender to his Can-Am dealership for a checkup and repairs, they found no major issues.

"It is safe to say my Can-Am was the go-to for the USFS to get stuff done quick, and it took a beating and didn’t let me down."

Took a licking, kept on ticking

Knowing the ins and outs of professional off-roading and the wear and tear one can expect from such a gruelling sport, Aaron was astounded by the reliability of his Can-Am Defender. “I was very grateful for the commercial-quality air filter. I was able to blow it out with compressed air twice a day and knew my engine was still getting clean air and staying protected,” he recalls. Quite the revelation when he describes the dusty silt trails he was tearing down twelve hours a day—not to mention the hazy air choked with ash from the fire.

As for what else he would add to his Defender or any other accessories he would add, he thinks for a moment, “Can’t think of much, really. Maybe I’d like some racks and half doors or a light bar. Who doesn’t like more light at night?”

Aaron is a seasoned pro and former national champion of the off-road circuit, having raced around the country in UTV and SxS races for many years, but only discovered Can-Am a few years ago when the brand was present at the King of the Hammers race. Can-Am was new to him when he was shopping for his last vehicle, but when it came time for him to compare specs with other brands, it was the greater ground clearance that led him to choose the Defender. He is very proud of his choice today, but not as proud as we and his community are of him.

"It was the right vehicle, right time, in the right situation."

When asked to summarize his experience, Aaron humbly said, “It was the right vehicle, right time, in the right situation.” We think you’ve earned to add “right guy” to that as well, Aaron. 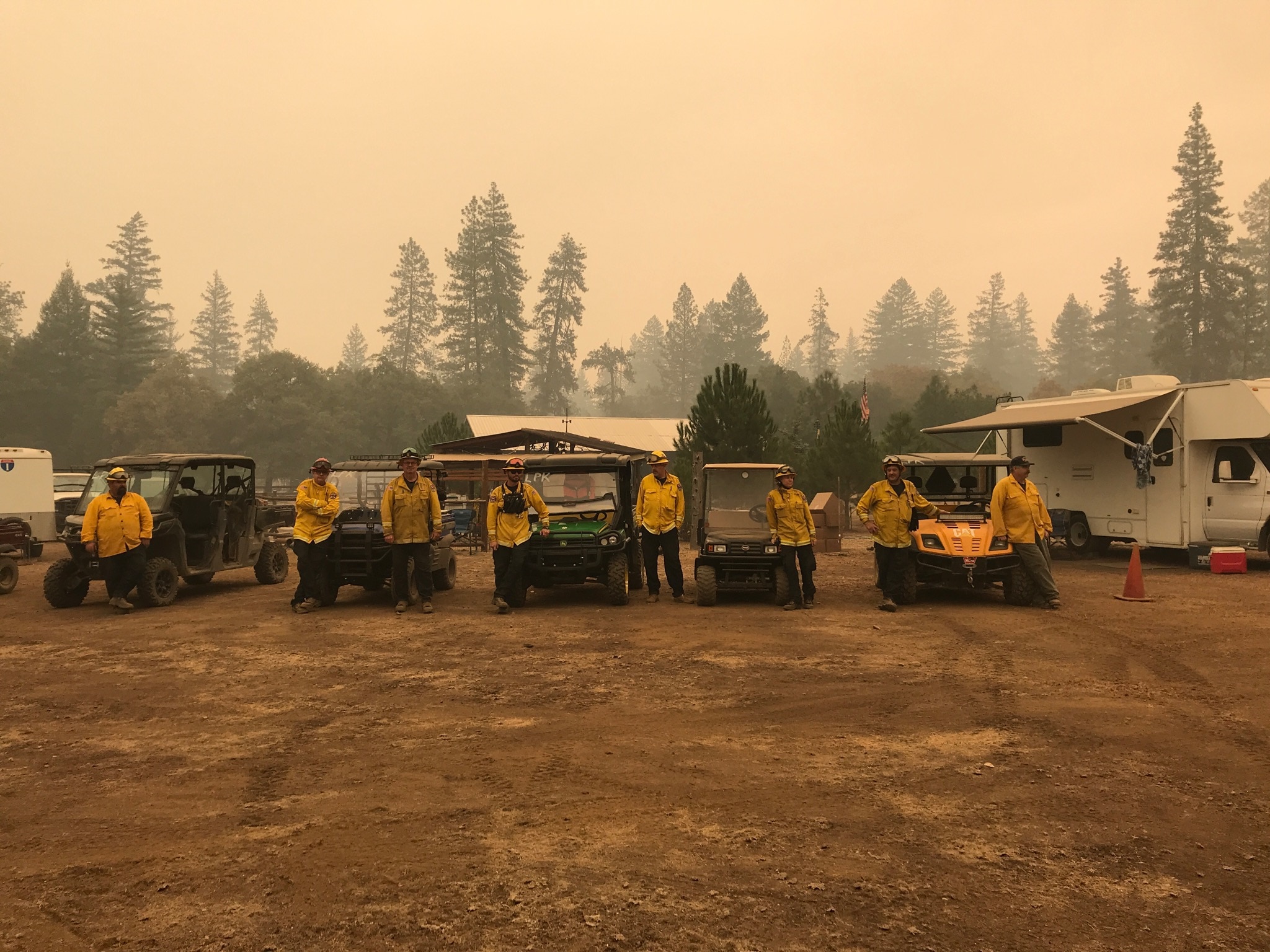 THE MOST CAPABLE CAN-AM SIDE-BY-SIDE EVER

On worksites, hunting trips, in agribusiness, and anywhere you need: the Defender gets the job done right. And he's the pillar of many incredible stories.

We want to hear from you. How has Can-Am changed your life, or motivated you to do more and challenge yourself? Share your journey with the tag #CanAmOffRoadLivin—we might get in touch and share your story.